EventsSpeaker EventsClub Lunch: What is Taiwan’... 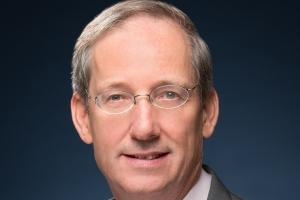 Since the outbreak of the Sunflower Movement a year ago, Taiwan politics had witnessed important changes. The rapprochement policy with China initiated by President Ma Ying-Jeou and his party the Kuomintang (KMT) in 2008 had reached a plateau. Relations across the Taiwan Strait appeared to be stalled. The independence-leaning Democratic Progressive Party (DPP), Taiwan’s main opposition party, conquered a majority of cities and counties in the November 2014 local elections. And a third political force, rooted in Taiwan’s civic movements and epitomized by Ko Wen-Je’s victory in Taipei City, had taken shape, modifying the two-party political game that had dominated the stage since the beginning of democratization in the late 1980. Influenced by the Sunflower Movement, the Hong Kong “Umbrella Revolution” also contributed to convincing most Taiwanese that moving closer to China was probably not in the island’s interest.

In this new political environment, what were the chances of Ms. Tsai Ying-wen, the likely DPP candidate, to win the presidential election in early 2016? If she won, what would be the impact of her victory on cross-Strait relations and the Taipei-Beijing-Washington strategic triangle?

Jean-Pierre Cabestan headed the Department of Government and International Studies at Hong Kong Baptist University. He was also associate researcher at the Asia Centre at Sciences Po, Paris. He had published numerous books, articles and more on Chinese and Taiwanese politics.