EventsSpeaker EventsClub Lunch: What Lies Ahead... 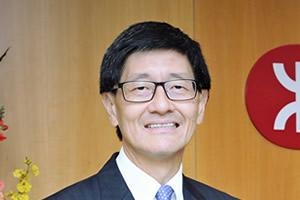 Club Lunch: What Lies Ahead for Hong Kong’s Rail Links with China?

Mr Leung shared MTR’s vision for a new generation of enhanced connectivity and customer service that will transform Hong Kong’s railway network over the next several years. New rail lines, trains and signaling will deliver better service to more people in Hong Kong while the Express Rail Link will provide comfortable and convenient high-speed connections to various cities in Mainland China.

Mr Lincoln Leong has been the Chief Executive Officer and a Member of the Board of Directors of MTR Corporation since 16 March 2015 and a Member of the Executive Directorate since 2002. Mr. Leong joined the Company in February 2002 as the Finance Director, and was re-titled as the Finance & Business Development Director in May 2008. He was appointed as the Deputy CEO in July 2012 and the Acting CEO in August 2014. As the CEO, Mr. Leong is responsible for the Company’s overall performance in and outside of Hong Kong. Prior to joining the Company, he worked in the accountancy and investment banking industries in London, Vancouver and Hong Kong.