EventsSpeaker EventsClub Lunch: What Next for t... 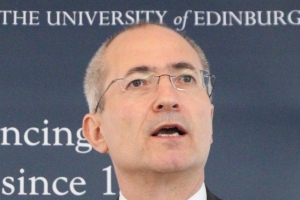 Club Lunch: What Next for the United Kingdom after the Scottish Referendum?

Professor Charlie Jeffery – one of Scotland’s foremost experts on constitutional change – will talk about the outcome of the 18 September Scottish referendum on independence. The result is known, but the implications – for Scotland and the rest of the UK – are only beginning to emerge.

The speaker has been an advisor to the House of Commons Select Committee on the Office of the Deputy Prime Minister (2004-05), the Committee on Standards in Public Life (2002-07), the EU Committee of the Regions (2002-05), and he was a member of the Independent Expert Group on Finance advising the Commission on Scottish Devolution (2008-09). Currently, he is a member of the Politics and International Studies sub-panel for the 2014 Research Excellence Framework and has been appointed Research Coordinator for the ESRC’s Future of the UK and Scotland programme. Since 2011 he has been Chair of the UK Political Studies Association.