EventsSpeaker EventsClub Lunch: What the World ... 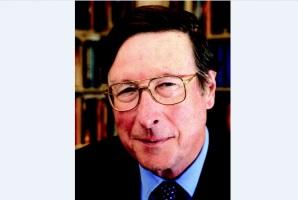 Club Lunch: What the World War Two Code-Breakers of Bletchley Park Taught Us About How To Fight The Wars of the 21st century

The speaker is author of The Secret War, a number one best-seller in the UK following its publication last September.  The book tells the story of spies, code-breakers and guerrillas in the 1939-45 conflict.  He talked about some of the highlights of his book and also explained its relevance to the conflicts of today.

Sir Max Hastings is an author, journalist and broadcaster whose work has appeared in every British national newspaper.  He now writes regularly for the Daily Mail and reviews for the Sunday Times and New York Review of Books.  He has published twenty-six books and his latest is The Secret War: Spies, Codes and Guerrillas 1939-1945. He has received awards both for his books and journalism, the most recent being the Chicago Pritzker Military Library’s Literature Award for Lifetime Achievement. He was editor, then editor-in-chief, of The Daily Telegraph from 1986-1995, and of the Evening Standard 1996-2002.