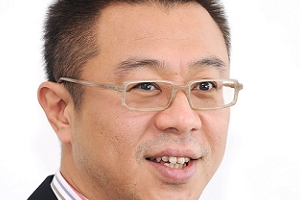 As Western media have cut foreign correspondents and as Asian regional media cease to exist, Asia has not had enough media organizations that tell the true meaning of what is happening in this part of the world. Nikkei decided in 2013 to establish a pan-Asian publication that tells stories about Asia too often missed by major Western media. Why do we need such a publication? How is Nikkei going to create it? The publisher, who has been leading the project, will talk about the essence of this new venture and also about the state of the media industry today.

Takehiko “Ken” KOYANAGI is a 26-year veteran journalist currently covering IT, Internet, media and telecommunications businesses for The Nikkei daily newspaper. Since the summer of 2012 he has been directing the development of the Nikkei Asian Review, a new English-language, multi-platform publication, and successfully launched it in November 2013. During the 2009-2012 period he directed website and service development of The Nikkei Online Edition. Previous positions include Silicon Valley Bureau Chief of The Nikkei and a staff writer of the Nikkei Business weekly magazine. Joining Nikkei in 1988, he earlier covered the Tokyo equity market, Japanese banking industry, Ministry of Construction, venture capitals, semiconductor industry, etc., as a Nikkei staff writer. He studied political science at Penn State University Graduate School as a Rotary Foundation Ambassador of Good Will. He graduated in 1986 with a B.A. degree in Political Science and French Language from the Tokyo University of Foreign Studies.