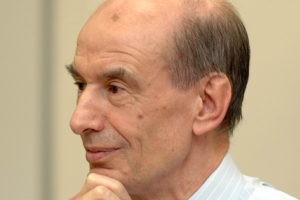 Hong Kong is one of the world’s most prosperous and stable cities, with a robust economy, ample budget surpluses and outstanding labour productivity. Yet successive governments have been reluctant to invest in adequate and affordable services for the elderly, the disabled, the long-term sick, and the poor, while education has become more elitist. These misguided policies have created a “new poverty”, and the gap between rich and poor ranks among the widest in the world.

Leo Goodstadt’s latest book, Poverty in the Midst of Affluence: How Hong Kong Mismanaged its Prosperity, will be launched at this lunch. He will explain how the community’s social well-being has deteriorated because government and business leaders insist that welfare spending is a luxury that Hong Kong can barely afford.

In addition to Mr. Goodstadt’s background in public policy as Head of the Central Policy Unit (1989-97), he has worked in journalism (Far Eastern Economic Review, Euromoney, Times (London) and ATV) and as a consultant economist. He has published four books on Hong Kong, including Uneasy Partners: The Conflict between Public Interest and Private Profit in Hong Kong.