EventsSpeaker EventsClub Lunch: Will the Renmin... 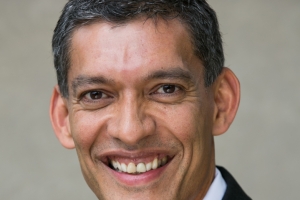 Club Lunch: Will the Renminbi Rival the Dollar?

Topic: Will the Renminbi Rival the Dollar?

The U.S. dollar’s dominance seems under threat. The near collapse of the U.S. financial system in 2008-2009, political paralysis that has blocked effective policymaking, and the emergence of the Chinese renminbi have heightened speculation about the dollar’s displacement as the main reserve currency. Eswar Prasad will talk about his new book, The Dollar Trap: How the U.S. Dollar Tightened Its Grip on Global Finance, which counters this conventional wisdom. Prasad will argue that the financial crisis, a dysfunctional international monetary system, and U.S. policies have paradoxically strengthened the dollar ’s importance. His book offers a panoramic analysis of the fragile state of global finance and makes the case that, despite all its flaws, the dollar will remain the ultimate safe haven currency. Prasad will also offer his views on the renminbi’s potential as a reserve currency, putting it in the context of China’s growth prospects and economic reforms.

Eswar Prasad is the Tolani Senior Professor of Trade Policy at Cornell University. He is also a Senior Fellow at the Brookings Institution, where he holds the New Century Chair in International Economics, and a Research Associate at the National Bureau of Economic Research. He was previously head of the China Division at the International Monetary Fund. He serves on an Advisory Committee to India’s Finance Minister and is the Lead Academic for the DFID-LSE International Growth Center’s India Growth Research Program.