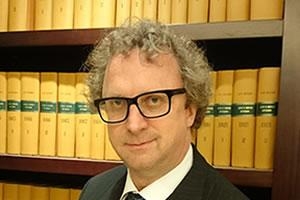 Club Lunch:Gunboat Justice: Extraterritoriality and the Making of Modern China and Japan

The 19th century unequal treaties that opened China, Japan and Korea to the West exempted foreigners from local laws – leaving them to be tried by their own consuls and their own laws. The system of extraterritoriality lasted for many decades in Japan and Korea and for over a century in China. Britain and America even established formal court systems. Mr. Clark told the story of these courts and the many challenging issues they faced including war, riots, rebellion, corruption, murder, infidelity, and, even, a failed hanging. But this was not just history. The reactions of China and Japan to the unequal treaties and extraterritoriality affect to this day how both countries view the world and each other. China resisted change and became weaker and weaker while Japan opened up to the world, instituted reforms and became a world power, eventually invading and occupying most of China. Today, as a newly-strong China asserts itself, understanding how Japan became China’s Public Enemy No. 1 was vital to anyone interested in world affairs.

Douglas Clark was a barrister practicing in Hong Kong who had lived in East Asia for over 25 years. Previously a solicitor, he practiced for 11 years in Shanghai and was Managing Partner of an international law firm there. He had just written Gunboat Justice: British and American Law Courts in China and Japan (1842-1943), published by Earnshaw Books.