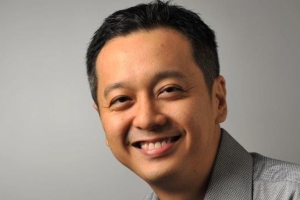 Club Lunch:When the Party Ends: China’s Leaps and Stumbles after the Beijing Olympics

Topic: When the Party Ends: China’s Leaps and Stumbles after the Beijing Olympics

Mr. Peh will talk about his new book, which captures his harrowing, humbling and sometimes hilarious experiences in a communist country that favors free markets. His five years as China bureau chief for The Straits Times, from 2008 to 2012, correspond with a China on the move, on the ascent and at times in tumult. It was a time when China stunned the world with the opening of the Beijing Olympics three months after the Sichuan quake, helped calm the economic fallout of Wall Street’s collapse and launched its astronauts into space.

From his travels across China, Peh chronicles vivid accounts of questionable processes against the voiceless and the powerless. He shakes off officials so as to meet an environmentalist who was tortured for wanting to save a river from pollution. He speaks to a man who was jailed simply for posting an intemperate tweet. He interviews an ageing former Red Guard undertaker who still cries when he recalls the atrocities. These vignettes are counterposed against Peh’s views of the “palace intrigues” of communist leaders in the lead up to the leadership change in late 2012, including the downfall of princeling Bo Xilai.

Peh Shing Huei is a journalist for The Straits Times and the newspaper’s deputy news editor. He is also the co-author of Struck By Lightning, a collection of essays on Singapore politics.