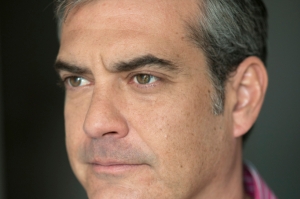 FCC: China’s Restive Borderlands: Is Beijing Losing Control of its Most Distant Lands?

China’s frontiers have never been more volatile. In western Xinjiang, terrorist attacks by the Muslim Uighur ethnic minority native to the region have increased sharply, as dissatisfaction with both Beijing’s rule and mass immigration to the region by Han Chinese spills over into violence. In Tibet, monks continue to self-immolate in protest at mainland rule. Yunnan Province’s distant frontiers with Myanmar and Laos have become the mainland’s crime central, while drug production in the neighbouring Golden Triangle has risen. China’s northeastern borders remain unstable, due to North Korea across the frontier. Now, so many of the region’s ethnic Koreans are converting to Christianity that Beijing has begun rounding up hundreds of foreign missionaries and deporting them. The speaker travelled to these areas for his book, ‘The Emperor Far Away: Travels at the Edge of China’, and will talk about the relationship between the mainland’s ethnic minorities and the majority Han Chinese.

David Eimer was the China correspondent for the Sunday Telegraph from 2007 to 2012, while also working as a columnist and feature writer for the South China Morning Post. He was also the Daily Telegraph’s Southeast Asia correspondent from 2012 to 2014. Since 1988, he has travelled in almost every province in China.