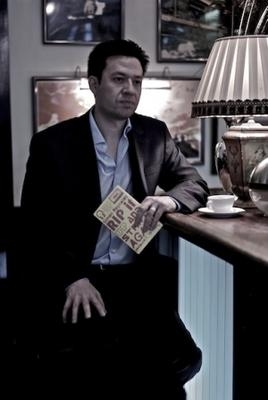 Speaker: Duncan JEPSON
Director and Producer
Managing Editor of the Asia Literary Review
Topic: “Hope without Future?” – One family’s dream of a better life, One country’s hope for a better future

Mr. JEPSON will introduce the documentary (length: 85 minutes, language: English & Nepali) and share his experiences on the filming and on Nepal.

“Hope Without Future?” introduces Raju and Mamina, a young Nepali couple who, like many Nepali children, spent their youth without parents and living at great risk. Yet their hopes for a better life are reliant on Nepal finding political stability. After 13 years of insurgency, at the cost of over ten thousand lives, the Maoist party finally came to the election table. After two failed attempts, an election was set to take place in April 2008 under the threat of violent clashes and bombings. It was hoped the election would create a constituent assembly to write the country’s first constitution, elect a Prime-minister and, most importantly, remove the monarch and in doing so turn the country into a republic. The film closely followed the election process and the key candidates as voting takes place, discovering what is needed to turn a country away from severe poverty to development..

Duncan JEPSON is an award winning filmmaker who has written, directed and produced two documentary features and has produced three narrative fiction features. He is currently Managing Editor of the Asia Literary Review. He has written for the Daily Telegraph, International Herald Tribune and his articles on the Chinese literary scene have been published in the SCMP and Publishing Perspectives. He is a director of Child Welfare Scheme which has built and operates school and health clinics in Nepal.