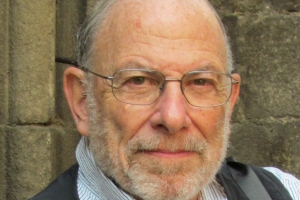 Sidney RITTENBERG arrived in China at the end of World War II as a GI and Chinese language expert. He remained in China to work for the United Nations Relief Organization, eventually becoming the first American to join the Chinese Communist Party. As an intimate of the party’s leadership including MAO Zedong and ZHOU Enlai, RITTENBERG became an active participant in the Chinese revolution, and was insider during the turmoil of those times. In the convulsions of one of the 20th century’s biggest revolutionary upheavals, Rittenberg was arrested two times, serving a total of 16 years in prison. He returned with his family to the United States in 1980.

Over a five-year period, award-winning CBS News journalist and China specialist Irv DRASNIN interviewed RITTENBERG to produce a compelling, complex and unique picture of the Maoist era. Mr. DRASNIN has spent more than 40 years in broadcast journalism (CBS News and PBS). He has made thirty-one documentaries on a variety of subjects including five that comprise a chronicle of modern Chinese history beginning with “Misunderstanding China,” broadcast by CBS News on the eve of President NIXON’s historic visit to China in 1972. Among his many awards are those of the Director’s Guild of America, the Writer’s Guild and a duPont-Columbia Award for best documentary film. He has an MA in Chinese Studies from Harvard and is the co-producer, writer, narrator and interviewer of The Revolutionary.