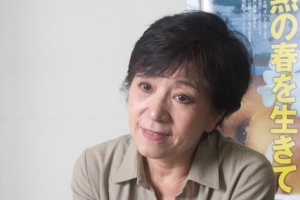 Ms. SAKATA’s husband, Greg DAVIS, passed away at age 54, with exposure to Agent Orange as a suspected cause. He was a photographer covering Asia for Time magazine.

To deal with her sadness and loneliness, Ms. SAKATA started her personal journey to find out more about Agent Orange, which was sprayed over vast areas in Vietnam more than 30 years ago. Upon her return to Vietnam, Ms. SAKATA found victims everywhere, who were suffering from all kinds of deformities and illnesses. Despite enduring such difficulties and poverty, the Vietnamese people offered Ms. SAKATA love, care and warmth. Meeting the victims and their families helped her heal.

The resulting documentary reveals historical facts of how the spraying of Agent Orange led to ecological disaster. This work is also her indictment of U.S. foreign policy and corporate greed, as well as being a celebration of love’s ability to face enormous adversity. Chemical manufacturers have denied that Agent Orange is hazardous to people, but the Vietnamese government has blamed it for large numbers of deaths and birth defects.

Ms. SAKATA was a photo agent in Japan where she married Greg Davis in 1970. After Davis died in 2003, she became a documentary film maker. “Agent Orange – a personal requiem” is her first film which has won various awards in Japan and Europe. The sequel “Living the Silent Spring” which was released in 2011, has also received several awards around the world.