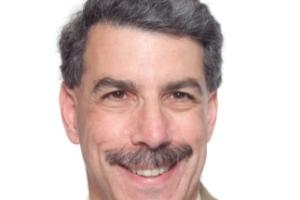 After MAO Zedong’s communists took power in China in 1949, American journalists were barred from the country. For more than two decades, until Richard NIXON’s historic trip to Beijing in 1972, the People’s Republic remained almost entirely off-limits to the American press. During this period, as the country experienced revolution, famine, and upheaval, covering China was the job of “China-watchers.” Operating primarily from Hong Kong, an entire generation of journalists developed the Chinese equivalent of “Kremlinology”. They looked for clues in official propaganda, interviewed refugees and defectors, swapped notes with diplomats and spooks – and in the process, produced a surprisingly accurate picture of China in turmoil. This episode of “Assignment China” is their story.

Reported and narrated by U.S.-China Institute Senior Fellow Mike CHINOY, “Assignment China” is a multi-part documentary film series on the history of American journalists in China being produced by the U.S.-China Institute at the University of Southern California. The latest installment features interviews with journalists who covered China during those years, including such well-known correspondents as Stanley KARNOW, Robert ELEGANT, Robert KEATLEY, Henry BRADSHER, Roy ROWAN, John RODERICK, Ted KOPPEL, Morley SAFER, and John RICH. It also includes interviews with scholars who have studied the work of these journalists, and government officials who had to be mindful of how such reporting influenced public opinion and thereby affected their ability to make and implement policies. The documentary has rare archival footage of Hong Kong and China from the 50s, 60s, and 70s. Mr. CHINOY will show it at the dinner, give a talk and take questions.