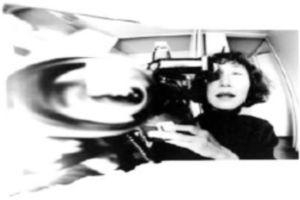 Topic: The state of documentary filmmaking in China

Christina CHOY will show her short documentary, “No Fifth Grade”, and use it as a basis to discuss the current state of documentary filmmaking in China. “No Fifth Grade” captures a Chinese village mayor’s assiduous efforts to save his thousand-year-old village as government urbanization policies call for a closing of the village’s primary school.

Ms. CHOY successfully bridges the two worlds of China and documentary filmmaking. Her Fulbright project is about China and Africa, looking at Chinese migration and immigration “South” rather than the traditional route “North & West”. The Chinese Government listed her recent documentary, Second Spring, produced in cooperation with Shanghai TV, as one of the ten best documentaries in 2011. She has spent ten years directing documentaries in China that speak to the burdens of the rural Chinese and migrant Chinese workers. “No Fifth Grade” is part of a series of documentary films on rural life in China produced in cooperation with The Zigen Fund. The Zigen Fund is an internationally recognized Chinese registered NGO that has worked with the rural poor in China for over 20 years, the Fund is currently raising funds for the documentary “Unwanted Guests: Migrant Worker Communities in China”.