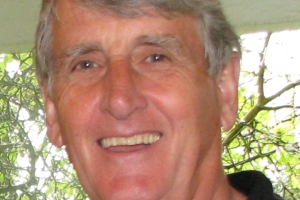 Mr. ANDERSON has openly collected more than a thousand jade carvings from China’s prehistoric Hongshan Culture (3,500 – 2,000 BCE) over the past 13 years, and he has done so at relatively little cost. He has recently published an illustrated book based on his collection and studies. During the talk, he will illustrate the rich and varied art and iconography of Hongshan jade and agate carvings, and the internal evidence often found hidden in small pieces. The work of collecting such artifacts is hampered by controversy and politically correct but counter-productive treaties, according to the speaker. He will further argue that the Hongshan collector may in fact be the last bastion against a willful annihilation of China’s finest Neolithic Culture.

Physician and endocrinologist David ANDERSON moved from Manchester to Hong Kong in 1991 as Professor of Medicine at the Chinese University. He went into private practice in 1994, retiring in 2008. He now lives with his doctor wife, Jenny, in Umbria, Italy. Never one to avoid academic controversy, in 2000, he turned his critical eye to jade collection and research, something he feels was made easier by the paucity of scientific studies in a field dominated by opinion. He has also been fortunate to find scientific collaborators, including at Queen Mary University of London.