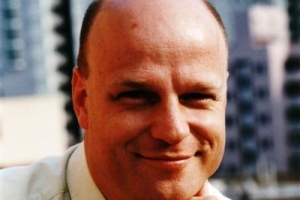 There are a lot of books about doing business in China – but Johan BJORKSTEN’s experience is unusual: armed only with a degree in Chinese and some contacts in the local media, he set up a trading company, a record company and most recently a PR consultancy.

Johan will discuss his own experiences from 18 years of promoting Western brands, give his perspective on the latest developments in the business climate for multinationals, and his perspective of what we can expect economically, socially and politically over the next 10-15 years as “China meets the World”. Johan has previously written several books on Chinese culture and Public Relations but his latest book, ‘How to Manage A Successful Business in China’, seeks to demystify the skills needed for running a business in this dynamic market.

Johan BJORKSTEN is the Chairman of Eastwei Relations, one of the leading locally based PR consultancies in China, which he founded in Beijing in 1994. The firm now represents clients including P&G, IKEA, SONY, Konica, Minolta, Porsche, ABN Amro, ABSOLUT and the Singapore Tourism Board. Johan studied Chinese in Sweden and first lived in China in 1986. He previously worked for eight years as a radio and TV host with his own weekly programs (in Chinese) on Beijing TV and Beijing Music Radio, and has published a number of books, including “In the Middle Kingdom” – a Chinese cultural history (in Swedish), “PR, Chinese Style – Knowledge first, guanxi second” (in Chinese), “Learn to Write Chinese Characters” (in English, Yale University Press) and “Catching Up Fast: PR and Marketing in a Web 2.0 China” (in English). He has been Vice President of the Swedish Chamber of Commerce since 1998, and has also served as Treasurer and Director of the European Chamber of Commerce in China.