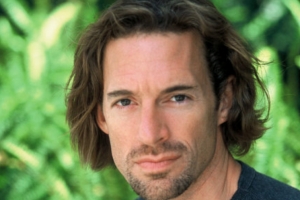 Topic: The things they cannot say: combatants and moral injury in war

Kevin SITES has interviewed U.S. soldiers and Marines in Iraq and Afghanistan, as well as veterans of other wars, on such questions as: What is it like to kill? What is it like to be under fire? How do you know what’s right? Mr. SITES will explain their responses based on his new book, The Things They Cannot Say, as well as the breakthrough concept of “Moral Injury,” first revealed in a U.S. Veteran’s Administration study and now beginning to gain traction in both clinical and military circles.

An award-winning author and war correspondent, Mr. SITES has spent the past decade reporting on global war and disaster for ABC, NBC, CNN, and Yahoo! News. He is a recipient of the 2006 Daniel PEARL Award for Courage and Integrity in Journalism and was chosen as a Harvard University Nieman Journalism Fellow in 2010. He is currently an Associate Professor of Practice at the University of Hong Kong.