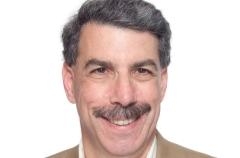 There was a documentary screeing session in this club event. However, due to copyright concern, the documentary is excluded in this video. To view the documentary in full, please refer to this link: http://china.usc.edu/ShowArticle.aspx?articleID=2672

Richard NIXON’s visit to China in February 1972 changed the course of history – reshaping the global balance of power and opening the door to the establishment of relations between the People’s Republic and the United States.

While the outlines of the NIXON trip are familiar, the behind-the-scenes story of how that momentous event was covered is much less well-known. Now, the U.S.-China Institute at the University of Southern California has produced a new documentary film, Assignment: China – The Week that Changed the World. The film contains remarkable and previously unreleased footage of the NIXON visit, interviews with Chinese officials, people who worked for NIXON, as well as many of the journalistic luminaries who accompanied the president. These include Dan RATHER and Bernard KALB of CBS, Ted KOPPEL and Tom JARRIEL of ABC, Barbara WALTERS of NBC, Max FRANKEL of the New York Times, Stanley KARNOW of the Washington Post, and many others.

Reported and narrated by U.S.-China Institute Senior Fellow Mike CHINOY, formerly CNN’s Senior Asia Correspondent and Beijing Bureau Chief, the film offers a fascinating and previously untold perspective on one of the most important historical moments of the 20th century.