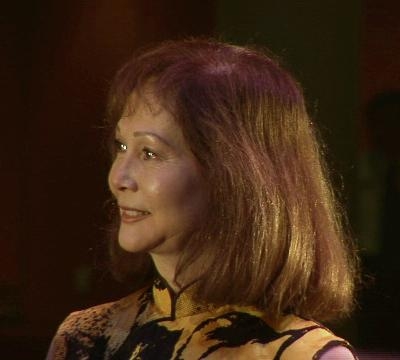 Speaker: Nancy KWAN
Topic: My life before and after Suzie WONG

Ms KWAN will speak about growing up in Hong Kong and will look back on some aspects of her childhood, including her aspirations and the reality of her dreams – and all with a touch of humor! She will also speak to her experience of attending Mary Knoll Covent School, and encountering and assisting the many refugee families from China through the early 1950’s.

There will also be an 11-minute film screening introducing a new production, “To Whom It May Concern: Ka Shen’s Journey”, the definitive true life story of Nancy KWAN. What happened to the actress after her extraordinary success in Hollywood with “ The World of Suzy WONG” and “Flower Drum Song”? Come and hear first hand from the actress herself.

Nancy KWAN played a pivotal role in the acceptance of actors and actresses of Asian descent in major Hollywood film roles. Producer Ray STARK discovered her at the age of 19 and cast her in the starring role opposite William HOLDEN in the film “The World of Suzie WONG”. KWAN was nominated as best actress and international star of tomorrow by the Hollywood Foreign Press. She followed up with the Rodgers and Hammerstein musical film, “Flower Drum Song”, and soon became one of Hollywood’s most visible Asian actresses. KWAN subsequently appeared in over 50 films. She has been a worldwide star ever since, with numerous film, TV and stage credits. She continues her work as an actress and producer. Over the years, KWAN has received recognition for her work. In 2002, KWAN was appointed Hong Kong’s film ambassador. KWAN recently served as the Jury Chairperson for the Women’s International Film and Television Showcase Film Festival in Los Angeles. In November, 2009, Ms. KWAN was honored with the Lifetime Tribute Award for her Contribution to the World of Cinema from the WIFTS Foundation.