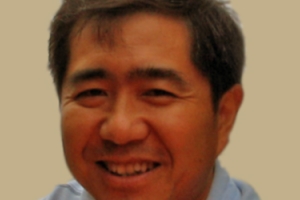 With the shift of China’s strategic economic focus, and mounting political pressure from the West, the Chinese currency started appreciating in 2005, and the pace of appreciation shows no sign of abating. The People’s Bank of China has frequently suggested that, ultimately, a market-determined exchange rate system is appropriate, but a number of forces in China militate against such a market-controlled exchange regime, and therefore the speaker sees no time table for a transition. At the same time, labour costs in China are increasing rapidly, affecting China-based enterprises’ competitiveness, though labour productivity has increased rapidly as well. Given this environment, what may we expect for the RMB exchange rate? How will the exchange rates, labour costs and relative productivity affect enterprises operating in China? What should these enterprises do to enhance their efficiency?

Professor CHEN serves as Senior Researcher at the Institute of Finance and Banking at the Chinese Academy of Social Sciences, chief economist of Sino-Century Capital, a VC firm in Shanghai, a board member of Aegon-Industrial Fund Management Company, and a former president of the Chinese Economists Society. CHEN also serves as Academic Director for the Global Executive MBA program, and is a recipient of Marshall’s Golden Apple Award for teaching excellence. His books include China’s Financial Markets Reform: Problems, Progress and Prospects, Westview Press, and Modern Financial System and Financial Centers in China, Economic Management Press, and he is widely published in leading academic and trade journals.