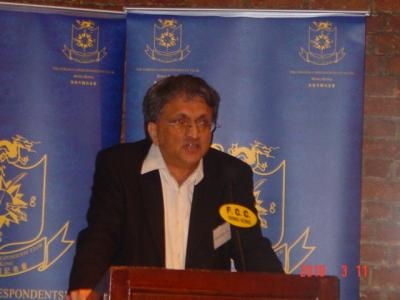 Speaker: Ramachandra GUHA
Author
Topic: “Why India must not and will not become a Super Power”

Ramachandra GUHA is in Hong Kong at the invitation of the Man Literary Festival.

Mr. GUHA will share his controversial viewpoint on contemporary Indian politics. He was recently named as one of the 100 most influential public intellectuals in the world by Foreign Policy.

Born in 1958, and educated in Delhi and Calcutta, he has taught at several universities including, Stanford, Yale, and the Indian Institute of Science. Guha is the author of India After Gandhi: The History of the World’s Largest Democracy (2007) and, most recently, Savaging the Civilized: Verrier Elwin, His Tribals, and India (2009).