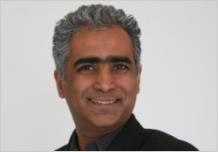 At a time when Indian artists are creating a sensation in the art world, Mr. TAGORE will look back into the country’s past. He will share the story of rebel artists who abandoned colonial conventions in search of a nationalist approach. If modernism is the rejection of tradition, just how does a 5,000-year-old traditional culture manage to make modern art? Was modernism only a Western movement or was it a worldwide phenomenon? Why are Asian artists who take inspiration from the West labeled as derivative? Yet when Western artists borrow from Asian cultures they are celebrated as avant-garde. This is the history of India’s struggle for artistic independence.

Sundaram TAGORE is one of the leading figures in defining artistic globalization. He is a New York-based gallerist and art historian. He descends from the famed Calcutta family who were at the helm of India’s modernist movement. TAGORE’s great-grandfather was the poet Rabindranath TAGORE — the first non-Westerner to be awarded a Nobel Prize. It was Rabindranath who first brought European avant-garde art to Asia with a landmark Bauhaus exhibition in the 1920s.

A candidate for a Doctor of Philosophy from the University of Oxford, Tagore writes for numerous art publications. He has worked with many international organizations including The Peggy Guggenheim Foundation, Venice, and the Metropolitan Museum of Art, New York. He has also advised the Museum of Modern Art in New York and the United Nations. Recently, Tagore was profiled on CNN’s Talk Asia.