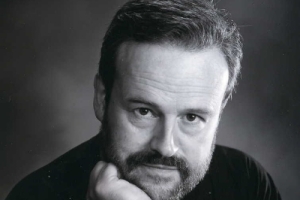 Still bizarrely classified by some as an ‘emerging’ market, South Korea last year exported more goods than the UK. The world’s 15th largest economy, this year it is chairing the G-20. Plainly it has emerged.

This talk will trace the contours and implications of South Korea’s rise to regional and even global prominence: a story at once familiar yet under-pondered. Economic, business, social, political, military, security, and cultural aspects of this many-sided phenomenon will all be considered (time permitting). Eschewing familiar clichés, the emphasis will be forward looking. Where does Korea go from here? It talks of becoming a hub (for what exactly?); yet an old self-image as a ‘shrimp among whales’ persists. Updating that, above all how will the lithe dolphin in the South deal with the toxic crab in the North?

Aidan FOSTER-CARTER is Honorary Senior Research Fellow in Sociology and Modern Korea at Leeds University in England. He has followed Korean affairs for over 40 years. Educated at Eton and Oxford, he taught sociology at the Universities of Hull, Leeds etc. from 1971 to 1997. He writes regularly on Korea for, among others; the Economist Intelligence Unit (EIU), Jane’s, Oxford Analytica, NewNations and Comparative Connections. During 1993-97 he authored a monthly North Korea Report for business, published in Seoul; and from 2000 to 2005 a ‘Pyongyang Watch’ column for Asia Times Online, still available there. His books include Korea’s Coming Reunification (1992) and North Korea after Kim Il-sung (1994; both EIU).