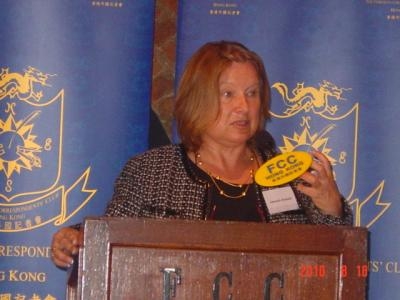 Investigative journalism is under threat. It’s the most expensive form of news gathering in a time of newspaper budget cuts and journalist layoffs, both in the U.S. and around the world. Yet in-depth reporting is more important than ever. Well-reported, detailed investigative stories make governments, companies and organisations accountable for their actions in a complex, interconnected world where decisions made in Washington or Beijing affect the lives and rights of people thousands of miles away. How do you get to the truth when confronted by armies of spin doctors, the obstruction of oppressive regimes and amid the white noise of Internet rumour?

Amanda BENNETT is Executive Editor for Projects and Investigations for Bloomberg News. She was elected co-Chairman of the Pulitzer Prize Board in 2010, having twice been honoured for her work. In 1997 Bennett shared the Prize for national reporting with her colleagues at the Wall Street Journal. She worked at the Journal for 20 years, including three as its Beijing-based Correspondent in the early 1980s. A graduate of Harvard College, Bennett was editor of The Philadelphia Inquirer from June, 2003, to November, 2006, and prior to that was editor of the Herald-Leader in Lexington, Kentucky. She has written five books including “The Man Who Stayed Behind,” co-authored with Sidney RITTENBERG (1993).