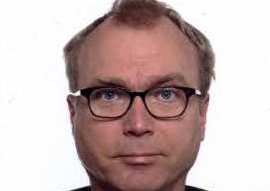 Switzerland, the world’s biggest centre for offshore wealth, has been the target of tax evasion probes from several countries including the U.S., U.K. and Germany, as well as competition in private banking from Hong Kong and Singapore.

Such competing financial centres have yet to match Switzerland’s achievements in recovering funds stolen by corrupt dictators. After a series of high-profile cases, Switzerland developed new rules to confiscate and return illegal assets deposited by dictators in its banks. Ambassador ZELLWEGER will discuss how Switzerland has helped restore over US$1.7 billion of such plundered funds to their countries, more than a third of worldwide recoveries.

Ambassador ZELLWEGER joined the Swiss Foreign Ministry in 1991 and has served as a diplomat in Kenya and as a legal adviser to the Swiss Mission to the United Nations in New York. He was Switzerland’s representative in different treaty negotiations and a member of the Swiss delegation to the Rome Conference on the establishment of the International Criminal Court. Between 2003 and 2007, was Chef de Cabinet of the first President of the ICC in The Hague during the setting up of the new Court.