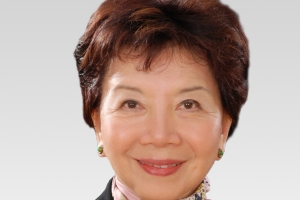 Topic: Has Y.K. PAO and DENG Xiaoping’s vision of modern China been realized?

Legendary shipping magnate Sir Y. K. PAO was a man who was heard by heads of nations around the world, including China’s late paramount leader DENG Xiaoping. Anna PAO SOHMEN, his eldest daughter, will recount the days when she was by her father’s side during important meetings with DENG, when the two men discussed their visions of modern China at a crucial time of the nation’s economic transformation.

Anna PAO SOHMEN is the author of Y. K. PAO: My Father, in which she describes how Sir Y. K. built up the world’s largest shipping line in less than 15 years and advanced the interests of Hong Kong and China as a diplomat shuttling among world leaders.