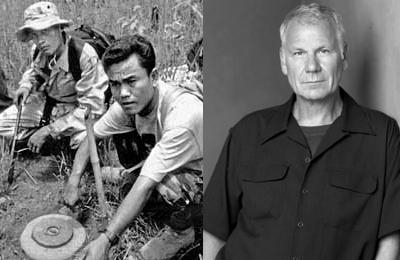 Topic: The story of a former Khmer Rouge child soldier

Aki RA will share his life story. Growing up knowing only war, he was co-opted into the Khmer Rouge as an orphaned child. He was praised for carrying a heavy rifle and for planting landmines by the age of ten. Eventually captured by the invading Vietnamese Army, he was faced with the choice of life with this new “family” or being shot. He fought with the Vietnamese until they left after which he joined the Cambodian Army. Aki RA was finally able to enter the next phase of his life in the 1990’s. The United Nations offered de-mining training and Aki proved a natural. He has since cleared 50,000 mines. He is a man on a mission. The Cambodia Landmine Museum he has since founded serves as a school, dormitory, education and de-mining training centre.

A short excerpt of the film, “Living with Landmines” depicting Ra’s experiences will be shown. This film is a winner of the 2007 Cinema Verite Film Festival Laureate Prize for Humanitarian Filmmaking Paris / Monaco / Geneva

V. Tony HAUSER, a leading Canadian photographer, discovered the Cambodia Landmine Museum in Siem Reap a few years ago. He was so moved by Aki RA’s dedication to making Cambodia safe, he returned a year later and photographed the children living at the facility. An exhibition of these photographs has traveled throughout the world.