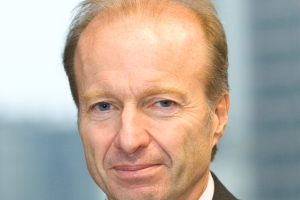 Topic: Some Aspects of Securities Regulation in Hong Kong

Ashley ALDER will cover briefly three aspects of the SFC’s work : First, its approach to enforcement against market misconduct, including the significance of recent court decisions and the new procedures for the Market Misconduct Tribunal. Second, the philosophy underlying its recent proposals on IPO sponsors. Finally, some words on the continuing international regulatory response to the financial crisis.

Mr. ALDER came to Hong Kong in 1989 with the international law firm Herbert Smith, practicing corporate and business law. He was Executive Director of Corporate Finance at the SFC from 2001 to 2004, before returning to Herbert Smith, later as head of the firm’s Asia Region. He rejoined the SFC in 2011. Mr. ALDER attained his Bachelor of Laws degree from the University of London in 1982 and graduated from the University of Cambridge with a Master of Laws degree in 1983.