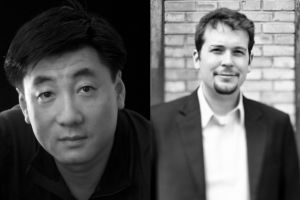 At the turn of the 20th century, a young British aristocrat, Sir Edmund BACKHOUSE was uniquely positioned to be an important eyewitness of the tumultuous birth of modern China with the fall of the imperial Qing Dynasty and the rise of the new republic. Oxford-educated and fluent in Mandarin and Manchurian, BACKHOUSE became immersed in life in old Peking among its Manchu nobility.

BACKHOUSE’s autobiographical account of these years, “Décadence Mandchoue”, will be published globally in April and launched at this lunch. The memoirs were written just before BACKHOUSE’s death in 1944 and have never been published due to his sensational and salacious accounts of Backhouse’s highly detailed description of an intimate relationship with the Empress Dowager and of homosexual life in the Manchu court. His story provides groundbreaking information on several key historical incidents of the era, including unique accounts describing the deaths of the Empress Dowager and Emperor Guangxu in 1908.

Over the past two years, Earnshaw Books has worked with a team of translators and the consultation of various academics to publish “Décadence Mandchoue” ” for the first time, so that the public will finally have a chance to benefit from and reach their own conclusions on the work.

BAO Pu is a publisher of Hong Kong New Century Press, which published the China’s Best Actor WEN Jiabao (2010) and Chinese version of Prisoner of the State, The Secret Journal of Premier ZHAO Ziyang (2009).

Derek SANDHAUS is chief editor of Earnshaw Book, and the author of Tales of Old Peking(2009) and Tales of Old Hong Kong(2010). He lives in Shanghai.