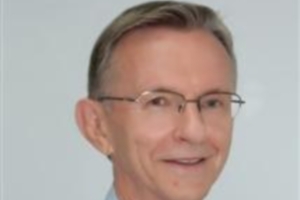 Mr. WAIN feels that six years and two prime ministers after Mahathir MOHAMAD retired, Malaysia is mired in an array of problems bequeathed by the country’s longest-serving leader. Corruption plagues the ruling United Malays National Organization (UMNO). Communal relations are problematic. Ethnic Chinese and Indians are increasingly resentful of assertions of Malay dominance. And the government’s decades-old affirmative action policy is deeply resented, not least by Malays whom it is designed to help, while also hindering Malaysia’s competitiveness.

Although Dr. Mahathir deepened Malaysia’s industrialization and turned the country into one of the developing world’s most successful economies, his rapid-growth policies masked stresses and strains that threaten to overwhelm current Prime Minister Najib RAZAK. Najib’s dilemma is that he is a product of the unpopular system he is expected to reform if his UMNO-led coalition government, in power for half a century, is to survive. One glimmer of hope is that the three opposition parties, which made unprecedented gains in the 2008 general election, have been plagued by dissent and slow to formalize their own coalition.

Barry WAIN, author of the recently released Malaysian Maverick: Mahathir MOHAMAD in Turbulent Times, published by Palgrave Macmillan in UK, is Writer-in-Residence at the Institute of Southeast Asian Studies in Singapore. A former editor of The Wall Street Journal Asia, he has lived in Asia for 38 years, working as a reporter, columnist and news executive in Hong Kong, Malaysia, Thailand and Singapore.