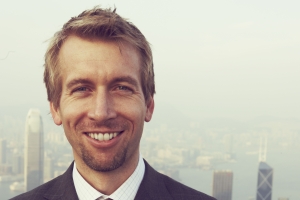 As English becomes the de facto language of success throughout the world, the desire to learn it has grown contagious. Nowhere is this as evident as in China. Mr. FISHER has witnessed firsthand how learning English has become a national obsession, fueled by a shift from rural to urban centers, the rise of technology to make online learning possible on a vast and less expensive scale, and an increasing proportion of household income being earmarked for education.

Mr. FISHER was ahead of the curve, having helped create EF’s online school Englishtown more than a decade ago in collaboration with Apple Computer. Today, Englishtown is the world’s largest online English language school, reaching over 10 million students. Mr. FISHER will talk about China’s evolution into an economic powerhouse that embraces private education companies in an effort to expand and improve education for its 240 million students. Private education in China is estimated by some analysts to be a US$14 billion industry, and growth is expected to continue, fueled by a burgeoning and ambitious Chinese middle class eager to reach out to the world in English.

Bill FISHER was appointed CEO of EF Education First in China in 2006 and is based in Shanghai. He graduated from Brown University with a degree in computer science, and pursued post-graduate studies at the Stockholm School of Economics.