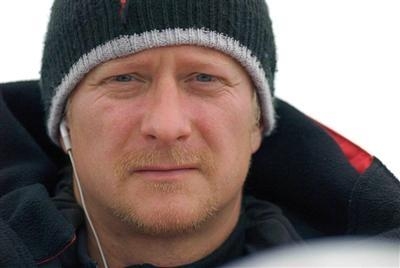 In the summer of 2009, Mr. DUECK led a sailing expedition through the elusive Northwest Passage to see first hand how Canada’s Inuit are coping with climate change.

With only four crew and the ticking clock of Arctic sea ice setting the pace, the Silent Sound sailed 15,000 km and stopped in the many communities scattered along the remote shores of Northern Canada. Although the crew had to deal with treacherous ice, cold and wet conditions and the daily chores of life at sea, they forced themselves to look beyond their own voyage and focus on the people they met along the way. The crew became friends with hunters, community leaders and the young Inuit struggling with a clash of cultures and changes to their environment.

Arctic sovereignty and development of natural resources in the north have brought global attention to the region, and Cameron’s voyage through the passage and research of these historic waters offers a unique view of the issues. The Open Passage Expedition used an ancient mode of transportation in their quest to understand a very modern problem, and the result is an intelligent and thrilling tale of discovery. Mr. Dueck will share his first hand observations from this amazing journey.

Cameron DUECK is a Hong Kong-based journalist and yachtsman. His journalism career has spanned the globe, from North America to Europe and Asia, writing for Reuters, South China Morning Post and the Financial Times, among other publications. Over the years he has made regular escapes to the sea to satisfy his passion for ocean sailing and exploration. In 2004 he quit his reporting job in Singapore to boat-hop his way west, ending up in the Caribbean nearly a year later with skippering certificates in hand and tales to tell. He is currently freelancing while working on a book and a documentary about his latest Arctic adventure.