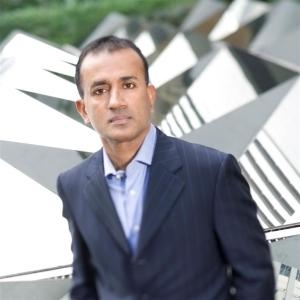 Speaker: Chandran NAIR
Founder and CEO of the Global Institute For Tomorrow

Topic: Consumption, Capitalism and the Future of Asia

Mr. Chandran NAIR will argue that the Western model of consumption-led economic growth cannot be replicated in Asia . This statement in itself is not a new one. If the global community is serious about lessening the impacts of global capitalism on the world’s resources, then the role of the region with the largest populations on Earth must take centre stage. His new book, Consumptionomics: Asia ’s role in reshaping capitalism and saving the planet, argues that economic policy needs to be realigned to avoid catastrophic outcomes arising from the relentless promotion of a consumption-led growth model in the world’s most populous regions, at a time when resource constraints are too obvious to deny. He calls for bans on some forms of consumption, resources to be re-priced and for the state to play the all important role.

Mr. NAIR is the Founder and CEO of the Global Institute For Tomorrow (GIFT), a for-profit pan-Asian think, it’s key goal is to guide corporations, and their leaders, on how to meet the challenges of doing business in Asia , with particular emphasis on the role of social investment, geo-politics, leadership development, business ethics, government and civil society. Mr NAIR is also Chairman and Co-Founder of Avantage Ventures, a boutique social investment advisory firm based in Hong Kong .