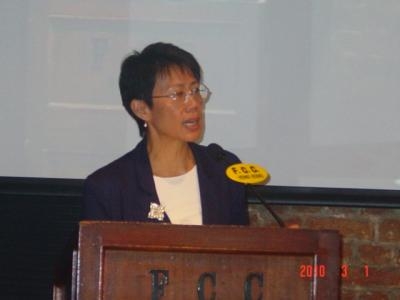 Writing about the Chinese Communist Party in Hong Kong is bound to be a sensitive subject because its presence in Hong Kong is still meant to be a “secret”, although one that everyone has known about for a very long time. Christine LOH’s exposition of the Communist Party’s co-optation and persuasion is particularly revealing for anyone not versed in communist-speak.

Christine LOH is the CEO of the public policy think tank, Civic Exchange. A former legislator, she had a ringside seat to political events in Hong Kong in the run-up to 1997 and immediately beyond the transition. She was the first, and only one to date, to raise a debate in 1995 about how the Chinese Communist Party would operate post-1997 for which she was pilloried by opponents. Christine LOH is a lawyer by training and became a politician in 1992. Since her retirement from politics in 2000, she has concentrated on policy research and is a published author of many works.