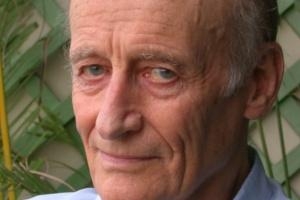 Christopher NEW is the author of the recently published Gage street Courtesan, which is set in 19th century Hong Kong. He will talk about the colonial demi-monde of that time, from the lowliest prostitutes in sordid brothels to ‘single European women’ living in houses on their own. He will describe the hypocrisy and racism of the time and explore the origin of the term ‘white slave trade’, a global trafficking in women to various parts of the world, myths about which may have fuelled anti-semitism in the late nineteenth century.

Christopher NEW was for several years Head of the Philosophy Department at Hong Kong University. He is also the author of eight other novels set in Asia, the Middle East and Europe as well as a book on the philosophy of literature. His books have been translated into Chinese, German, Italian, Japanese and Portuguese. He is currently working on a novel set in post-transition Hong Kong.