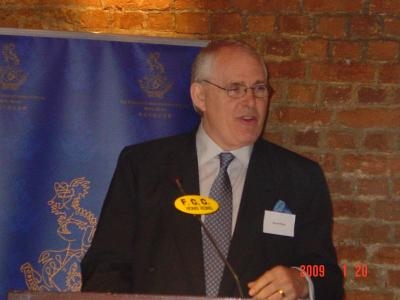 Topic: 2009 Outlook: seeing the forest from a tree

Some believe the only remaining economic certainty is uncertainty. Others think the world is in the midst of the worst economic crisis since the Great Depression. Drawing on his more than four decades of experience as a banker, David ELDON will inject some perspective into the current crisis while discussing the outlook for 2009.

David ELDON started his banking career in London in 1964 and went international in 1968 with a posting to Dubai. He retired in May 2005 as Chairman of HSBC Asia Pacific, having accumulated 14 years in the Middle East, 4 years in Malaysia and the rest in Hong Kong where he lives today. He remains actively involved in a number of roles including Senior Adviser PricewaterhouseCoopers, Chairman of the Dubai International Financial Centre Authority, Special Adviser to the President of Korea, and non-executive Chairman of the Noble Group.