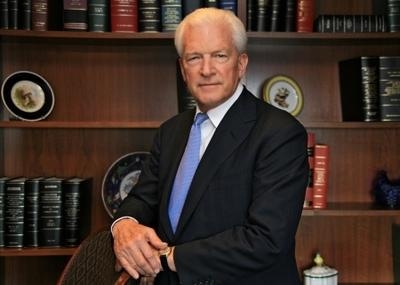 The financial crisis of 2008 showed that emerging markets could be both resilient to the crisis and could recover growth relatively quickly. The launching of the G20 has given leading emerging market countries new recognition, as has recent quota reforms in the IMF. Three years on, policy options are not so easy. What is the role and the responsibilities of these countries in the new global economic governance?

Ambassador David MULFORD is Vice Chairman International of Credit Suisse, having rejoined Credit Suisse in March of 2009 after five years as US Ambassador to India. He negotiated the US-India Civil Nuclear Initiative from March 2005 through its final agreement as The United States –India Nuclear Cooperation Approval and Non-proliferation Enhancement Act in October 2008. Following the Mumbai terror attacks, Ambassador MULFORD facilitated Washington’s offer to collaborate with New Delhi by way of information sharing, investigative collaboration and cooperation, strengthening both countries’ pledge in the war against international terrorism.

Before being nominated as the US Ambassador to India, Dr. MULFORD served as Chairman International and Member of the Executive Board of Credit Suisse, based in London. Before that, Dr MULFORD was Under Secretary and Assistant Secretary of the US Treasury for International Affairs during 1984 to 1992. He served as the senior international economic policy official at the Treasury under Secretaries REGAN, BAKER and BRADY. Among the highlights of Dr. MULFORD’s responsibilities and accomplishments at the Treasury Department include: US Deputy for coordination of economic policies with other G-7 industrial nations; Head of the Administration’s Yen / Dollar negotiations with Japan; the Administration’s senior advisor on financial assistance to Russia and other states of the former Soviet Union; leadership of the Administration’s international debt strategy, and the development and implementation of the BAKER / BRADY Plans and President BUSH’s Enterprise Initiative for the Americas.