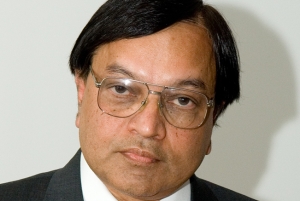 Topic: Emerging infectious diseases in Asia: what comes next?

Professor Malik PEIRIS played a central role in identifying the SARS virus a decade ago, and is one of the world’s leading experts on avian influenza. A decade after SARS, he will review what we now know about both diseases as well as the novel coronaviruses now in the news, and will talk about the risks that avian influenza and other emerging diseases might or might not pose in the future.

Dr. PEIRIS is the TAM Wah-Ching Professor in Medical Science, and Professor & Chair of Virology at the University of Hong Kong. He is also the Scientific Director of HKU Pasteur Research Pole. He studied medicine at the University of Peradeniya, Sri Lanka, received his D.Phil at the Sir William DUNN School of Pathology, Oxford, where he made significant discoveries on the mechanism of dengue virus pathogenesis. After further work in the U.K. and Sri Lanka, he established the clinical virology laboratory at the Queen Mary Hospital in 1995. He elected as a Fellow of the Royal Society of London.