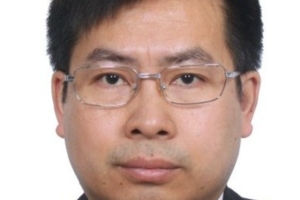 Topic: The World and Chinese Diplomacy in 2013

The new year brings a long list of diplomatic challenges, and as the sudden evacuation of Chinese nationals from distant Libya showed nearly two years ago, China increasingly has a stake in practically every region. From the Diaoyu Islands in the East China Sea to the atolls of the South China Sea, and from the oil fields of the Mideast to the mines of Africa, Dr. RUAN will deliver an overview of the world issues that await in 2013, and the role that China may play in them.

Dr. RUAN is Vice President and Senior Fellow at the China Institute of International Studies (CIIS) in Beijing, as well as Editor-in-Chief of the CIIS journal, China International Studies. He was Minister Counselor for Policy at China’s embassy in Washington, D.C., from 2007 through 2011. Dr. RUAN served as Second Secretary and First Secretary at the Chinese embassy in London from 1996 to 2000. He has also been a visiting fellow at the School of Oriental and African Studies at the University of London. He earned his doctorate from China Foreign Affairs University. His areas of research include American foreign policy, Chinese foreign policy and international security. He is the author of The Rise of China and the Transition of the East Asia Order: Shaping and Expanding Shared Interests. He also serves as a member of the UNDP Human Development Report Advisory Panel. Dr. RUAN has just published a new book: A Diplomat’s Inside View of America.