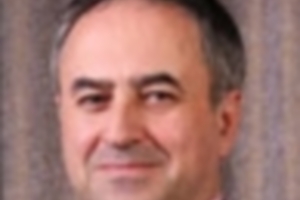 Vladimir PUTIN’s presidential election bid next week comes amid mass protests against alleged ballot rigging in December’s parliamentary elections and attacks on the website of the Kommersant newspaper, which has been a critic of his government. Russia’s government has spent hundred of millions USD since PUTIN first came to power in 2000 on promoting Russia through state owned media channels, including Russia Today TV channel. Russia Beyond the Headlines, an editorially independent paid supplement that appears in leading newspapers around the world, is a more recent effort, and Publisher Eugene ABOV will explain how it remains objective using the example of a new supplement inside SCMP which will be first published on Feb 29th.

Eugene ABOV is deputy chief executive of Rossiyskaya gazeta, the official newspaper of the Russian government and previously chairman of the Board of Izvestia, which during Soviet times was the official newspaper of the Supreme Soviet of the Soviet Union. Mr ABOV also holds position of Vice-President Guild of Press Publishers (Russia) and serves as Board & EC member at the World Association of Newspapers and News Publishers.