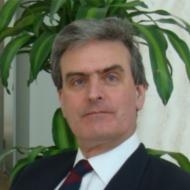 The credit crisis has greatly weakened the West’s economic and financial supremacy and accelerated the shift of power from the West to the East, led by China. Giles CHANCE’s talk will be based on his new book of the same title, the first to analyze the important role played by China in the run-up to the crisis and discuss China’s new and much more significant world role.

After describing how, in his words, “China did not cause the credit crisis but without China, the credit crisis could not have happened,” Giles CHANCE will discuss how China is defining its new role with respect to global governance, the role of the dollar, and its relations with the United States, Asia and the emerging world. The talk will also focus on the impact of the crisis on China’s economy, and how China will adapt to its new position as a superpower ranking alongside the United States.

Giles CHANCE is a visiting professor at the Guanghua Business School at Beijing University, where he first taught in 1999. He met his Chinese wife at the World Bank in 1984, and first visited China in 1988. Since 1989, he has advised numerous foreign companies and investors in China, and has assisted many Chinese companies to source technology from Western companies, and raise capital in the Hong Kong and London markets. Giles was educated at St. Andrew’s University in Scotland and at the Tuck School of Business at Dartmouth College in the United States, where he was a Fulbright Scholar. “China and the Credit Crisis: the emergence of a new world order” will be published this month.