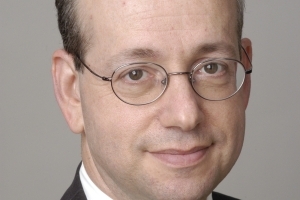 Gordon CROVITZ will describe how this new approach is already succeeding for many publishers, while The New York Times has announced it will adopt this approach early next year. As a former publisher of The Wall Street Journal, he will also discuss how paid approaches on the Web create new revenue streams tied directly to the distinctive journalism that reporters create. New digital editions such as iPad applications create new revenue opportunities, even beyond the Web. These new revenues give editors strong arguments to rebuild depleted news rooms–some rare good news for the business of journalism.

Gordon CROVITZ is co-founder of Journalism Online, a New York-based company whose Press+ technology enables publishers around the world to charge for access to their Web sites as well as to their tablet, mobile and e-reader editions. Mr. CROVITZ is a former publisher of The Wall Street Journal. He was editor and publisher of the Far Eastern Economic Review and lived in Hong Kong during the 1990s.