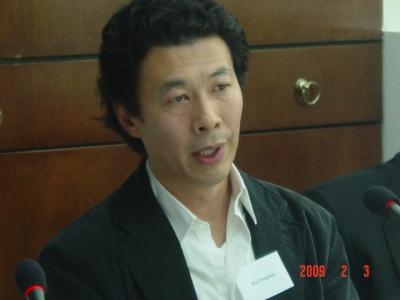 Topic: Building Collective Bargaining in the Workplace: Is China ready for this?

Mr. HAN will address the challenges facing workers in China today and share his views on possible solutions. Every day, he calculates, there is at least one strike involving more than 1,000 workers in the Pearl River Delta area and countless worker strikes at factories with less than 1,000 workers. There are more than 80,000 mass incidents in China every year, most of which are workers’ actions. Under these circumstances, what is the best way to protect workers’ rights in China? After 30 years of economic reform, solutions to these problems are no longer simply a matter of workers’ rights alone. Solutions are intimately connected to the roles of employers and the government. What can be done? How should we move forward?

HAN Dongfang, the director of China Labour Bulletin, has been an advocate for workers’ rights in China for more than two decades. Mr. HAN first came to international prominence during the Tiananmen Square protests of 1989 when, as a railway worker, he helped set up China’s first independent trade union, the Beijing Autonomous Workers’ Federation. In 1993, he was expelled to Hong Kong, where the following year he set up China Labour Bulletin in order to promote labor rights in mainland China. HAN has received numerous international awards. In addition to his work at China Labour Bulletin, HAN conducts regular interviews with workers and peasants across China on Radio Free Asia.