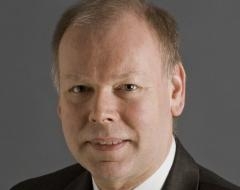 Hans TIMMER will present the Bank’s assessment of the current turbulence in the global economy, based on the latest update of its flagship report, Global Economic Prospects. The report urges developing countries to prepare for further shocks from the European debt crisis. He will also provide an overview of his chapter in a major Bank study, ‘China in 2030’, being released in Beijing on February 27, 2012.

Mr. TIMMER is Director of the World Bank’s Development Prospects Group, which produces the bi-annual Global Economic Prospects report and the annual flagships, Global Development Horizons and Global Monitoring Report. Before joining the Bank in 2000, he was Manager of International Economic Analysis at the Central Planning Bureau of The Netherlands.