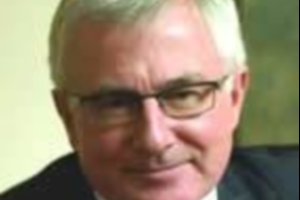 The threat of a rising tide of protectionism in response to the 2008-9 financial crisis worries trading economies like Hong Kong and New Zealand. New Zealand’s answer has been to build a network of free trade agreements to benefit and encourage its exporters. As one of the most active negotiators in the region, New Zealand has concluded deals with Australia; China (the first developed economy to do so); ASEAN (plus Australia); Singapore, Chile and Brunei (known as the P4) Thailand and Malaysia. Negotiations with Hong Kong and the Gulf Cooperation Council concluded last year and negotiations with Korea, India and for the expansion of the Trans-Pacific Partnership (P4) are under way.

Minister of Trade, Hon Tim GROSER, will talk about New Zealand’s place in this evolving web of free trade areas and the need for international co-operation and integration across all areas of trade and economics. He’ll explain the Kiwi approach to trade liberalisation and the breaking down of borders.

Tim was born in Perth, Scotland and came to New Zealand in 1958. He has served New Zealand with distinction in a number of capacities, including as New Zealand’s Chief Negotiator in the GATT Uruguay Round and as Ambassador to the World Trade Organization (WTO), and Chair of Agricultural Negotiations for the WTO. Tim was first elected to the New Zealand Parliament as a List MP in 2005 and was appointed Minister of Trade and Minister Responsible for International Climate Change Negotiations in 2008.