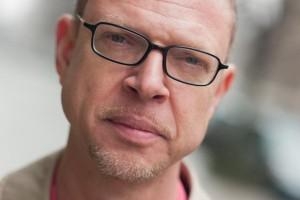 In recent years, China’s deepening relationship with Africa has become one of the most widely covered global news stories. Global newspapers are full of reports on resource deals between big Chinese state-run companies and African governments. And the op-ed pages are filled with pundits asking what it all means for the “traditional powers,” Europe and the United States. And yet, the international media’s preoccupation with big-ticket economic and political issues misses a key part of the story: how this transformational moment is being felt and lived by Chinese migrants to Africa, and by the Africans who have watched this new encounter play out on their neighborhoods. It is estimated that there are more than a million Chinese migrants living in Africa, a number that will continue to grow. Working as farmers, street vendors, and wildcat copper miners, Chinese migrants are in close daily contact with their African neighbors. Howard FRENCH, who has recently completed a book about Chinese migration to Africa to be published by Alfred A. Knopf, will tell the stores of the immigrants that are often left out of the international news media’s coverage of China’s rise in Africa.

Since 2008, Howard FRENCH has been an assistant professor at the Columbia University Graduate School of Journalism. From 1990 to 2008, he reported for The New York Times as bureau chief first for Central America and the Caribbean, then for West and Central Africa, then for Japan and the Koreas, and finally based in Shanghai while covering China. From 2005 to 2008, alongside his work for The Times, Mr. FRENCH was a weekly columnist on global affairs for The International Herald Tribune. He is the author of “A Continent for the Taking: The Tragedy and Hope of Africa” (2004), and he also works as a documentary photographer. His first book of photography, “Disappearing Shanghai,” will be published in book form in August 2012. French is a fellow of the Open Society Foundations.