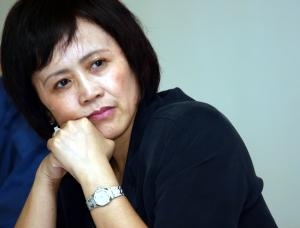 Topic: Operating an independent media company in China – How we do it

Ms. HU Shuli shared her many challenges in setting up and running a leading media company in China, at an FCC club lunch session on 11 July 2011.

While the talk was given in English, she has a new book out in Chinese, “The Road in Golden Age: Ten-Year Observation on China from HU Shuli”

Ms. HU is editor-in-chief of Caixin Media, Century Weekly and China Reform. She is also the Dean of the School of Communication and Design at Sun Yat-sen University. She is the founder of the Chinese business and finance magazine Caijing and was its editor-in-chief for 11 years. HU joined China Business Times as international editor in 1992. In 1993 she took a course at the Foreign Press Center in Washington D.C., and in 1994 studied economics of development at Stanford University. She became chief reporter of the China Business Times in 1995, and the same year won the Foreign Press Center Outstanding Journalist award. HU Shuli founded and became editor-in-chief of Caijing in 1998.