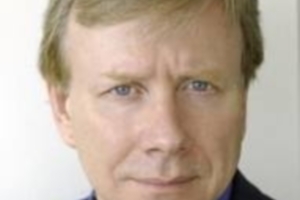 Speaker: Humphrey HAWKSLEY
BBC Foreign Correspondent
Topic: “HELLO, GOODBYE – AND HAVE A NICE LIFE – with all conversations in between on how Bin LADEN and Steve JOBS changed the world”

Mr. Humphrey HAWKSLEY has been invited to Hong Kong, courtesy of IQ2. From Africa to Latin America to the Middle East, Mr. HAWKSLEY will recount tales of his reporting on the War on Terror, Iraq, the financial crisis and attempts to implement BBC Health & Safety regulations in Liberia.

Humphrey HAWKSLEY’s face and voice are known to millions through his books and broadcasts as a BBC foreign correspondent. HAWKSLEY’s first posting was in Sri Lanka where he was expelled because of his uncompromising reporting on its civil war. Since then, he has been sent to the Philippines, Delhi, Hong Kong and Beijing, where he opened the BBC’s first television bureau. Humphrey is the author of the highly-acclaimed Dragon trilogy, Dragon Strike, Dragon Fire and The Third World War. He has been a comment contributor to the Financial Times, International Herald Tribune and other publications, and, after moving back to London in 1997, Humphrey has reported from all over the world and presented ground-breaking documentaries such as Bitter Sweet, an investigation into child labour in the chocolate industry; Old Man Atom on the global resurgence of nuclear power; and Danger:- Democracy at Work, examining the record of Western democracies in the developing world over the past 20 years. Material from this led to his latest best-selling book Democracy Kills; What’s So Good About The Vote.