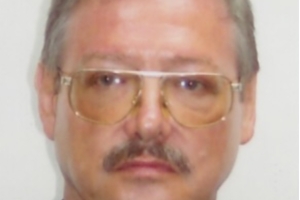 Mr. MCFEAT-SMITH focuses on the vulnerability of Hong Kong, and the risks that face this city and its community from major earthquakes, tsunamis and other forms of natural disasters. He has also studied the local government’s state of preparation to cope with such events.

He will talk about his novel, the story of an impetuous young geologist who discovers the horrible truth about an imminent threat to Hong Kong’s highly vulnerable infrastructure and community. He naively believes that the local authorities will consider the risks involved in an objective manner and mitigate the population’s exposure, as opposed to protecting their entrenched positions. His attempts to warn the community lead him to confrontation, tragedy and ultimately the realization of his own destiny. This novel, the first of a trilogy, outlines the potential effect of a major earthquake on Asia’s finest infrastructure, 60,000 high-rise buildings, an aging nuclear power station and 7 million unlucky people.

Dr Ian MCFEAT-SMITH is a professional geologist and civil engineer who has managed and done risk assessments on Hong Kong’s underground projects for over 30 years.